Earlier this week, we celebrated the Fourth of July!

It was wonderful to step outside and celebrate alongside so many of you at the Anacortes parade! Coming together is the first step in making positive change, and I’m proud to work on your behalf in Olympia. Thank you to everyone who made this incredible parade possible, and to all those who came out to celebrate! 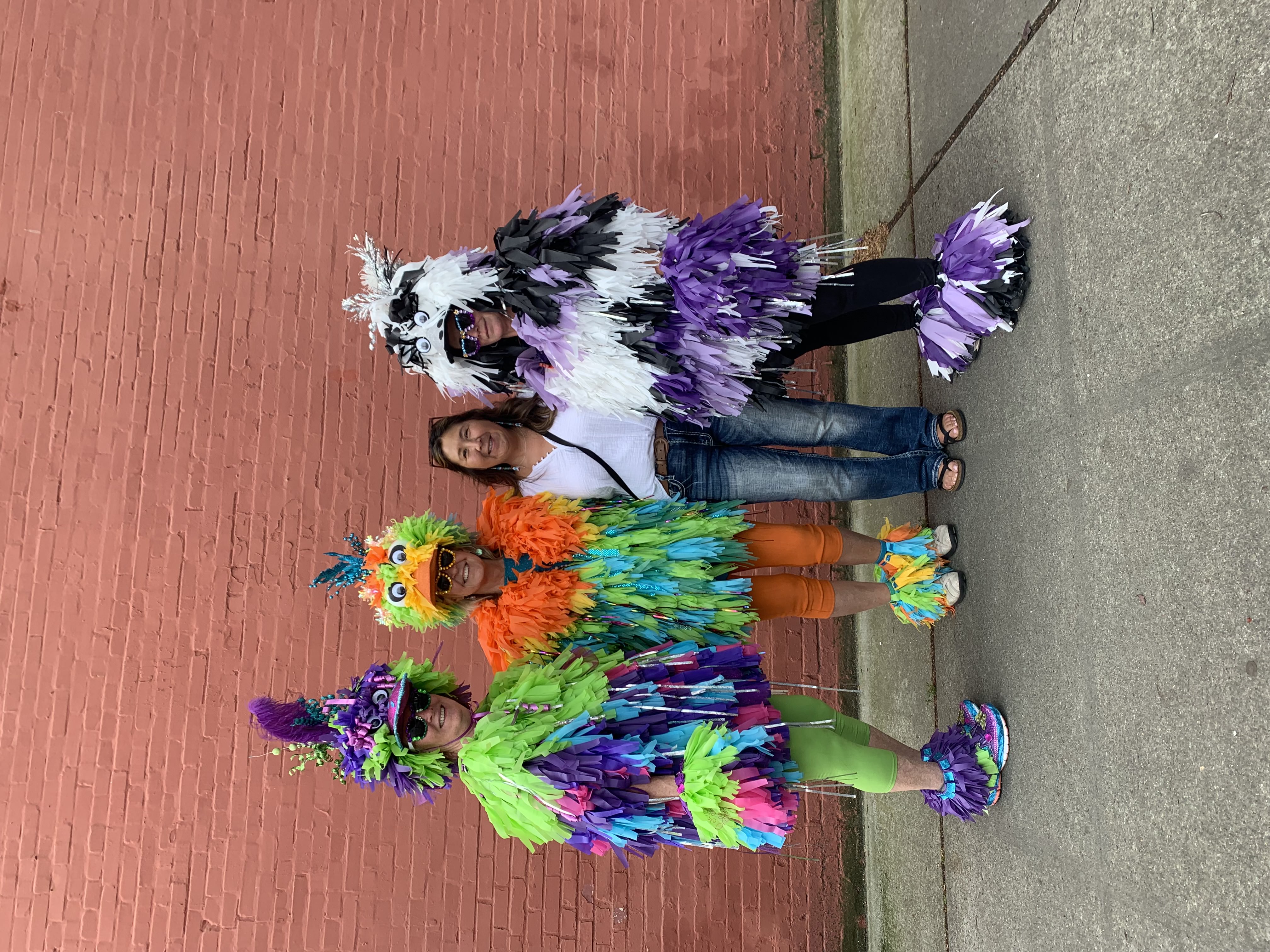 I’ve said it many times, but as we celebrate America’s Independence Day, we need to take a step back and ask the important question – what kind of America do we want to see? We have the incredible opportunity in front of us not just to answer that question, but to make our answer a reality. Together we can shape the future that we want to see for ourselves, and more importantly for our children.

This all has to start in our communities – neighbor-to-neighbor, sitting down at kitchen tables and coming together to share ideas and goals. 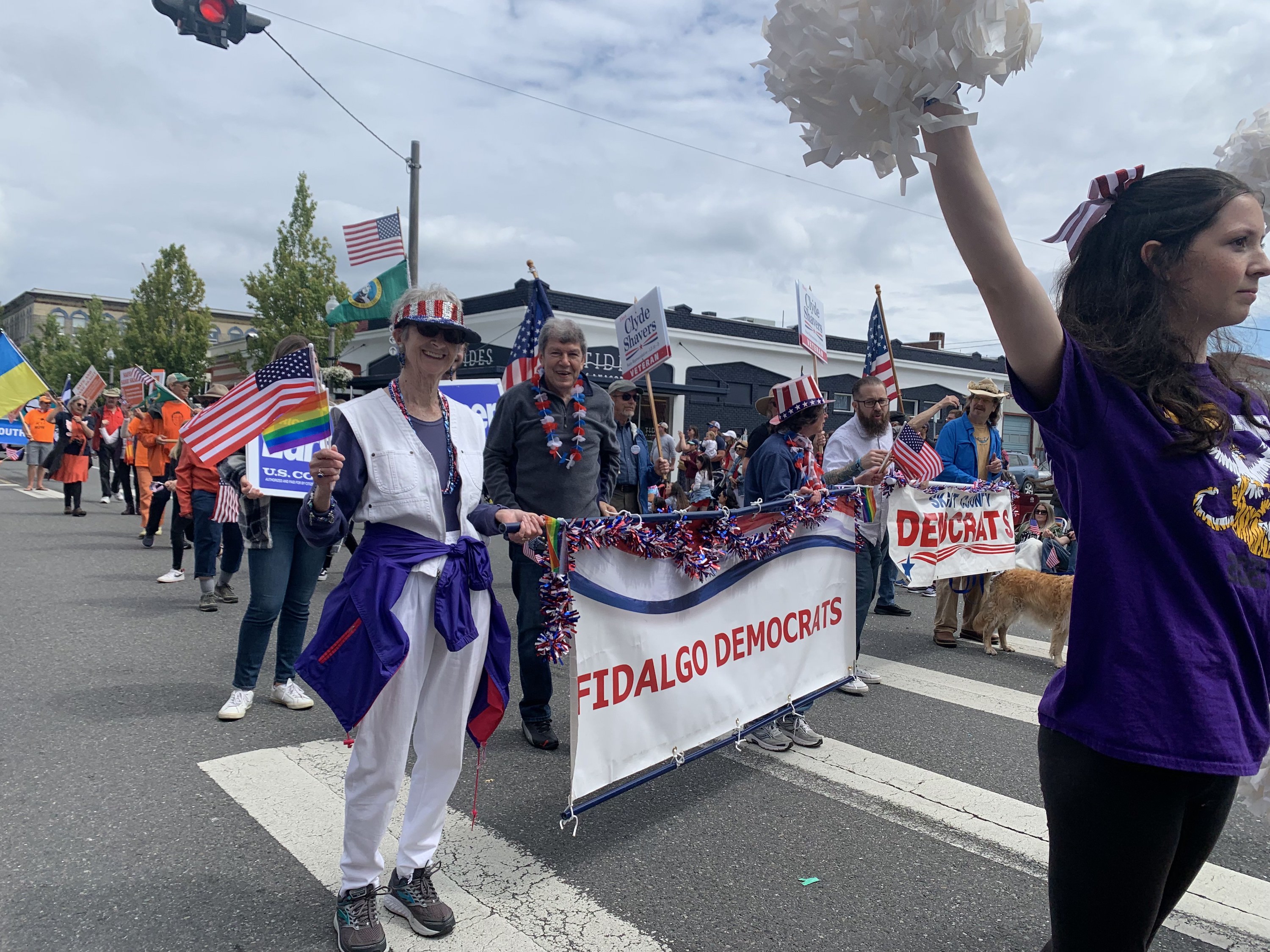 This Fourth of July the stage is set for us to create the America that we want to see. I’m proud to represent the 40th in Olympia, and I’m honored to work with so many amazing people on building a better 40th, a better Washington, and a better world. 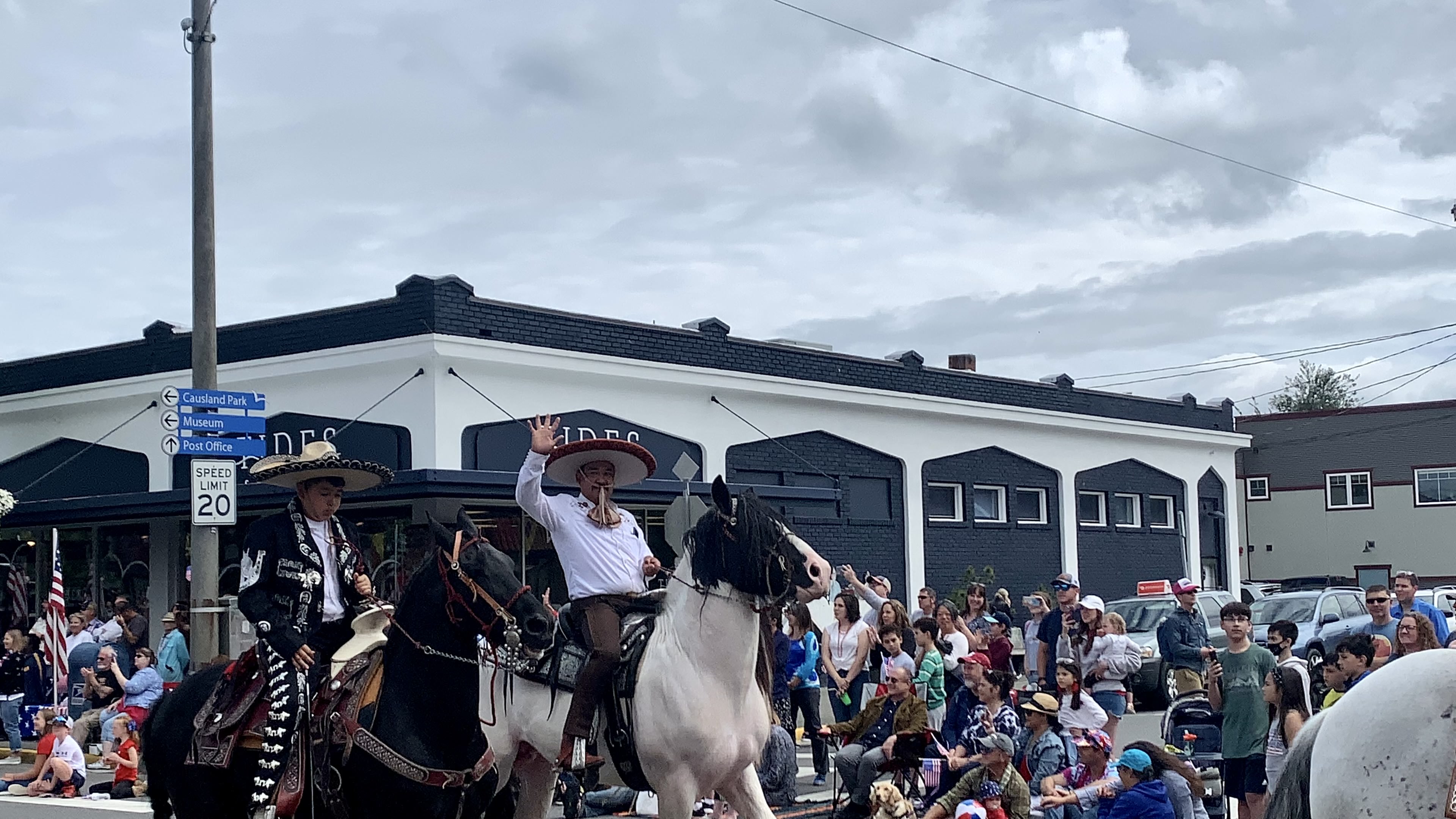 Happy Fourth of July! I can’t wait to see more of you out on the campaign trail soon.

Keep reading for more on this Fantastic Friday.

Fighting for our Salmon Population

For generations the Columbia River Tribal communities have fought hard to return their salmon to their ancestral homes. On July 14, the Columbia River Tribes and partners will be taking their voices to Washington D.C. to fight to breach the Snake River Dam. My hope is you all would reach out to your legislators and let them know how important the salmon are to the region, not only to sustain the life way of our Native American communities and their treaties and inherent rights, but also to thousands of businesses.

Whether the dams and salmon can successfully coexist has been a point of contention in the region for decades. The National Oceanic and Atmospheric Administration recognizes four species native to the Snake River — sockeye, steelhead, fall chinook, and spring-summer chinook — as threatened or endangered and, despite recent gains by fall chinook and steelhead, all are hundreds of thousands of fish below their historic population levels. 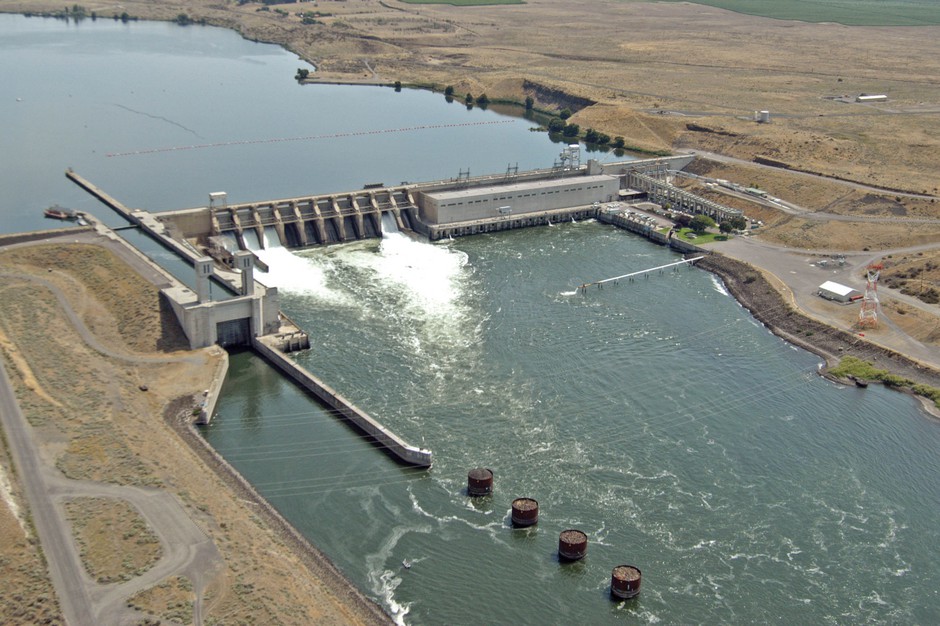 The idea has created rifts in the Pacific Northwest. Calls for breaching the dams from tribes, environmental groups, and fishermen have been met with ire from farmers, shippers, and utility companies concerned about their livelihoods and the region’s economy. 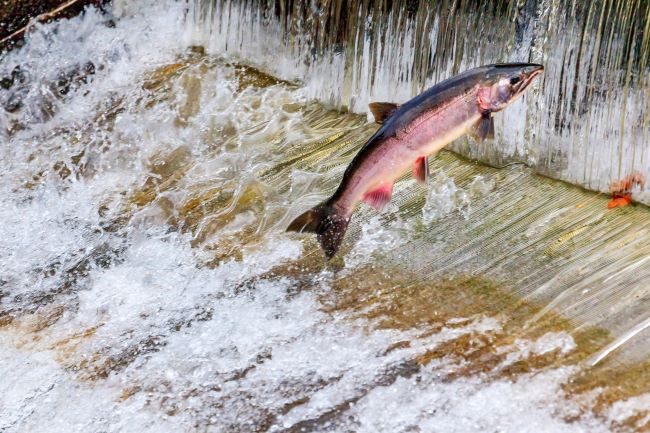 All sides have a lot at stake. There’s no guarantee that breaching these dams will be enough to reverse dwindling salmon numbers, and if they go, grain producers lose an important shipping route, farmers must find other ways to irrigate thousands of acres of farmland, and the region says goodbye to 1,000 megawatts of renewable energy. But if they stay, all four species could continue to decline into extinction.

This will not be an immediate process, no overnight fix is possible. It will take a lot of difficult, coordinated work across all levels of government, ensuring that as these dams are removed we are able to replace the services they provided and set ourselves up for the future.

Recently, the Supreme Court struck down Roe v. Wade, holding that there is no longer a constitutional right for a child bearer to make decisions for their own body.

For nearly fifty years Roe v. Wade has protected a woman’s right to choose at a federal level, and what this decision does is delegate that authority to the states instead – where we have already seen a concerted attack on reproductive rights and many states are poised to act now that Roe is overturned.

As a mother I understand how critical it is that our daughters and sisters have access to reproductive care and are trusted to make their own decisions. Here in Washington, we will stand firm protecting Washingtonian’s right to choose.

Unfortunately, last weekend I tested positive for COVID-19 and am unable to stand on the streets with all of you who are out their demonstrating their disgust. My heart is with all of you, and son enough I’ll be right alongside each of you as we roll up our sleeves and continue fighting for reproductive rights.

Make no mistake – Washington recognizes that all people have an inherent right to choose, that bodily autonomy is paramount when it comes to having children. If you or someone you love needs assistance, you can find more resources here. 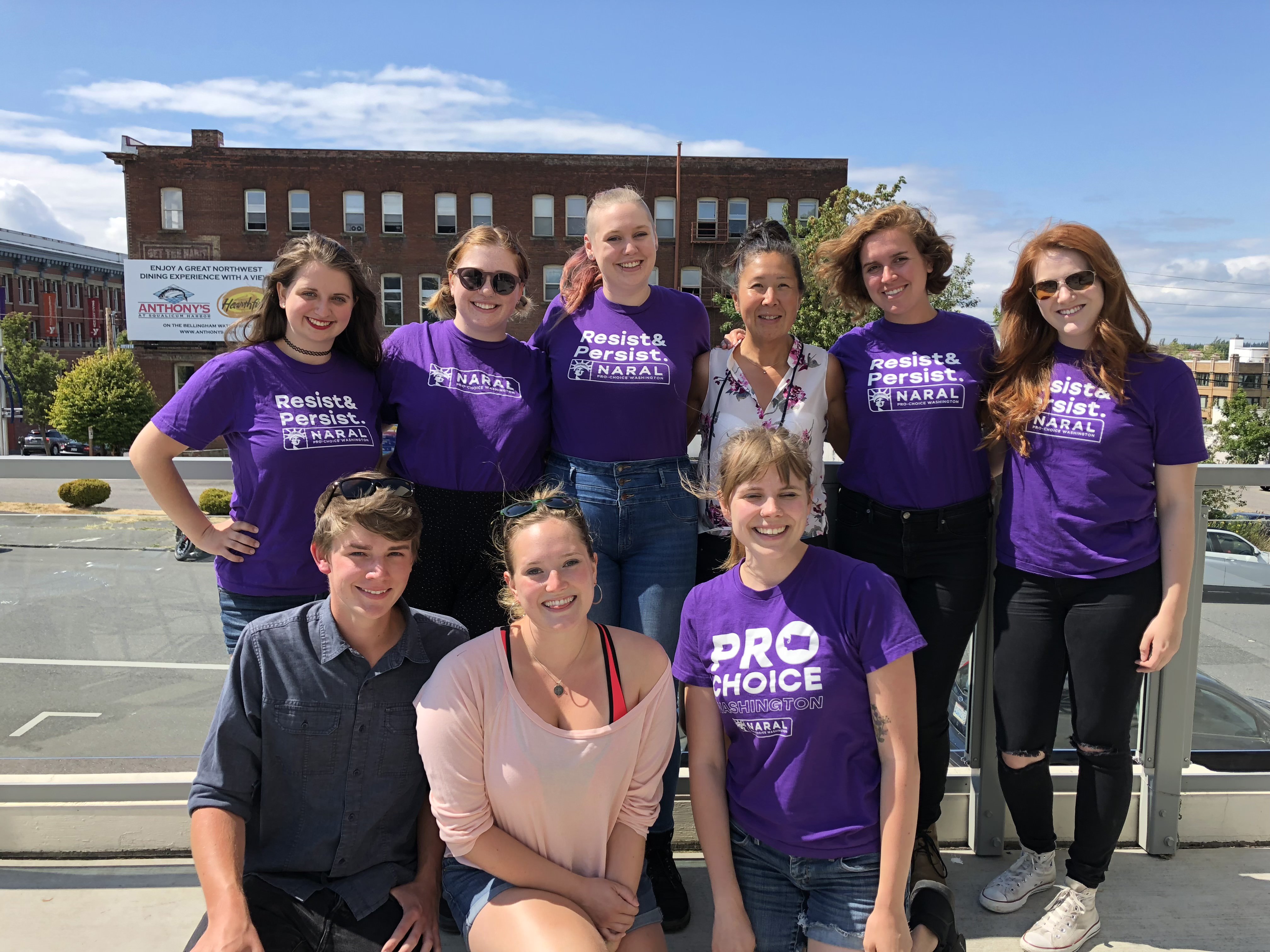 I will always work to protect those rights as your voice in Olympia, and I am ready to link arms with my fellow representatives in the peoples’ house to fight against this new attack on the rights of our daughters, sisters, friends, family, and all those who bear children.

Now, as we come up on an incredibly important election, it’s more important than ever that we support candidates that are ready to fight for reproductive rights. I want to take a moment and highlight a few of the key races coming up in our elections this November – races that need your support to maintain our majority in Olympia.

If you are able, please consider donating to these campaigns and lending them your support – I’m proud to stand by them, and I will always defend the reproductive rights of all Washingtonians.

Emily Randall for State Senate in the 26th LD

Sharon Shewmake for State Senate in the 42nd LD

Bill Ramos for the State Legislature in the 5th LD

Lisa Callan for the State Legislature in the 5th LD

Dave Paul for the State Legislature in the 10th LD

Alicia Rule for the State Legislature in the 42nd LD

Brandy Donaghy for the State Legislature in the 44th LD

Today I am so incredibly excited to let you know that the special alert system that will help locate Missing and Murdered Indigenous Women and People is live!

More than four in five Native women will experience violence in their lifetimes and are murdered at more than ten times the national average, and it’s plain to see that this is an issue that we need to address. I’m proud to have led the way on creating an alert system to help identify and locate Missing and Murdered Indigenous People that will save lives and bring our loved ones home.

Now that this system is live, when an Indigenous person is reported as missing the investigator pursuing the case can ask the Washington State Patrol (WSP) to issue an alert that will help notify the public.

The system will work similarly to “silver” alerts that are used to notify the public about missing vulnerable adults, broadcasting information about Missing and Murdered Indigenous People on message signs and in highway advisory radio messages. It also will provide the information through press releases to local and regional media. 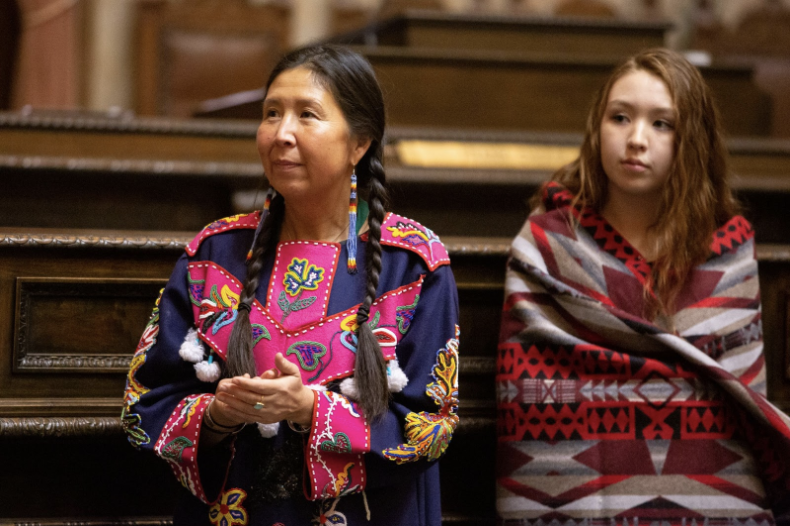 When issues are as plain to see as this one, it’s clear that we must take action. Addressing the crisis of Missing and Murdered Indigenous People in this country must continue to be a priority, we must do everything we can to protect Native women.

Friends, as you all know this is a crucial election year. The votes that we cast this fall will have impacts for generations, and there are so many incredible candidates running for all levels of government in Washington State, and across the country.

From reproductive rights to environmental protections to supporting our workers and so much more, every action we take today impacts the next seven generations to come. I want to take a moment to highlight a few candidates that I hope can count on your support. 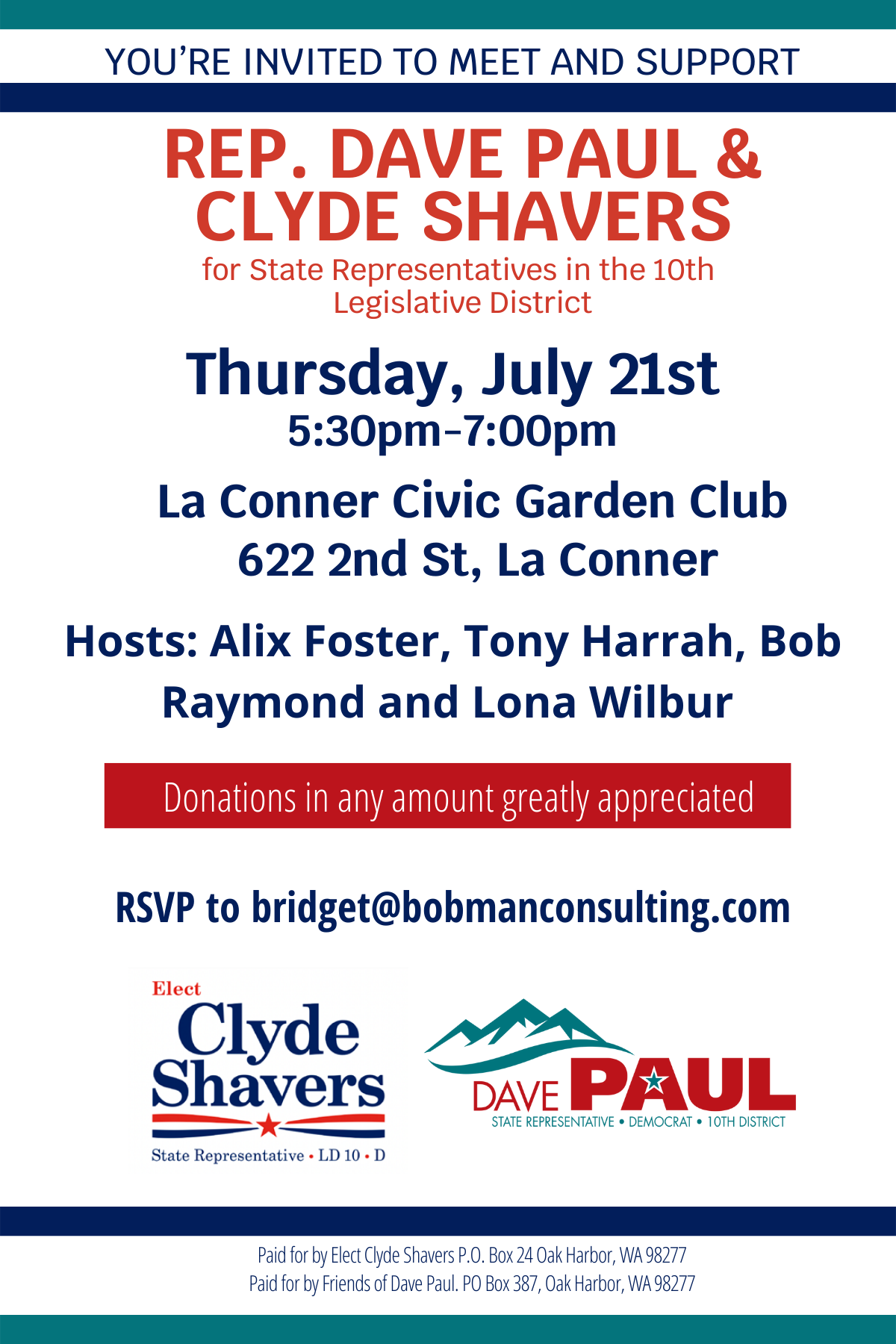 Dave has been an incredible Representative in the Peoples’ House, advocating on your behalf and working tirelessly for the benefit of the 10th LD, Washington State, and the country. It’s an honor to work alongside him, and I’m proud to support his campaign.

If you’re able, please consider showing him your support by donating to his campaign, and by attending his event on July 21!

Another incredible person running for re-election this year is Marilyn Strickland, representing our 10th Congressional District in Washington, D.C.!

Marilyn was first elected in 2020 and has been an incredible advocate for Washingtonians in Olympia and eastern Tacoma. She’s up for re-election this year and needs your support – I’m proud to endorse her as she runs to remain in Congress, and I hope she can count on you! 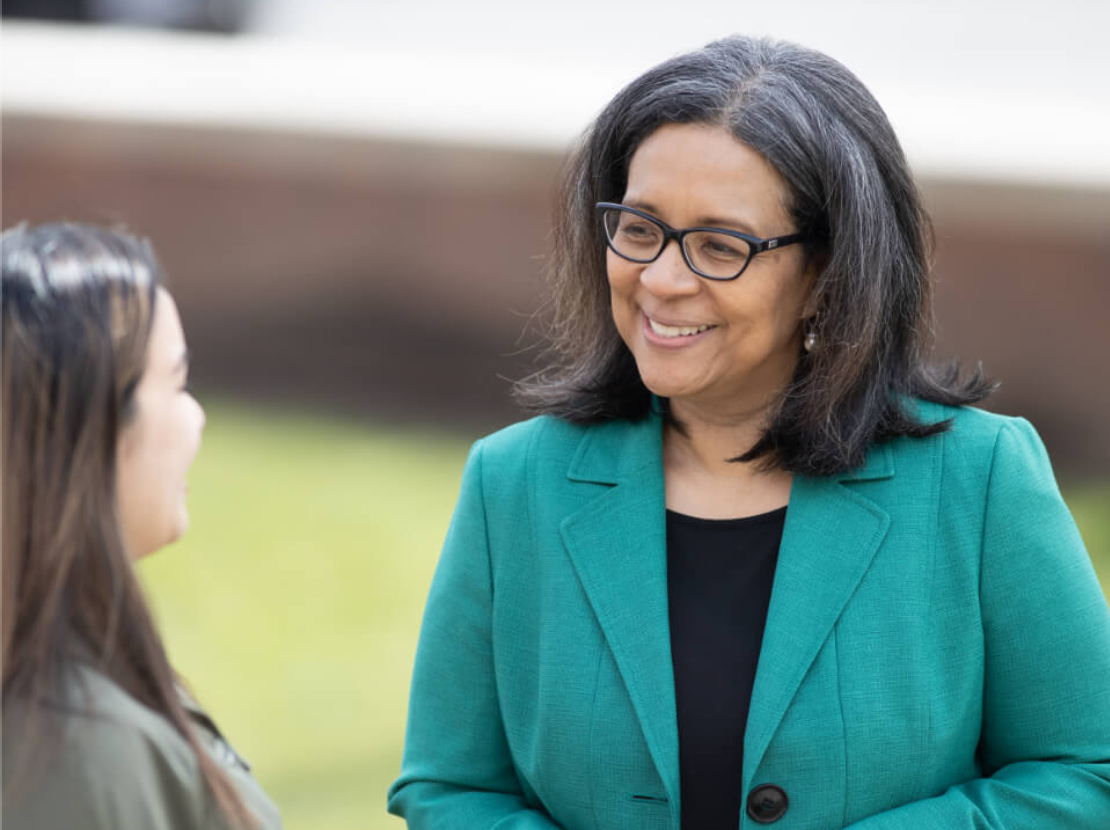 Representative Strickland has always been a strong advocate for Washington’s workers, increasing the minimum wage and passing paid sick leave during her time as Tacoma’s Mayor. She also served as President and CEO of the Seattle Metropolitan Chamber of Commerce, with a focus on equity and inclusion, and fostering economic development in the region.

If you’re able, please consider showing Representative Strickland your support! Learn more about her campaign here and donate to her re-election run here.

During my two campaigns running to represent the 40th LD in Olympia, I’ve received a truly heartwarming amount of support from all of you. It brings me such joy to have you behind me as I work to improve this place we all call home, and I’m excited to count you among my supporters during this latest campaign.

One of the pieces that has so often brought a smile to my face has been seeing you show your support through campaigns signs – and I have good news! 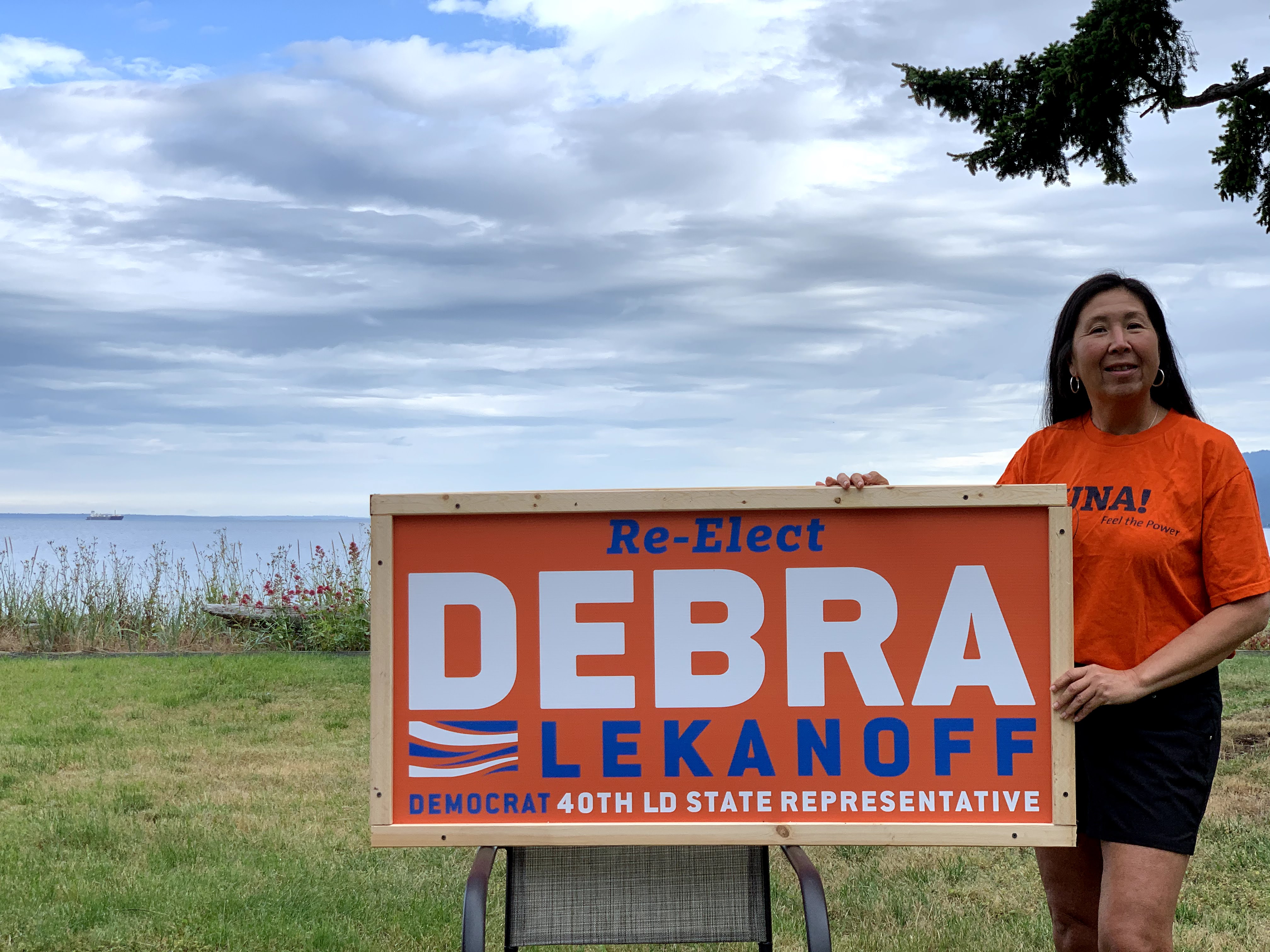 Keep an eye out in the near future as my campaign signs will start popping up around the 40th LD once again – and be sure to get yours out in your yards to show your support! Whether you have one from our first or second campaign, I’d love to see them out as we kick this campaign into high gear.

If you don’t have a sign but would like one, feel free to reach out! Send a note to Debra@debralekanoff.com and we’ll see about getting a sign over to you as soon as possible.

Working on your behalf in Olympia has been the pleasure of a lifetime these past four years, and it’s been an honor to work alongside so many great individuals and organizations as I’ve worked to represent you and the interests of the 40th LD.

Now I’m pleased to thank a number of great organizations who have endorsed my second re-election campaign!

Thank you so much to IAM District 751, the Mount Baker Sierra Club, and the National Women’s Political Caucus for endorsing my campaign! 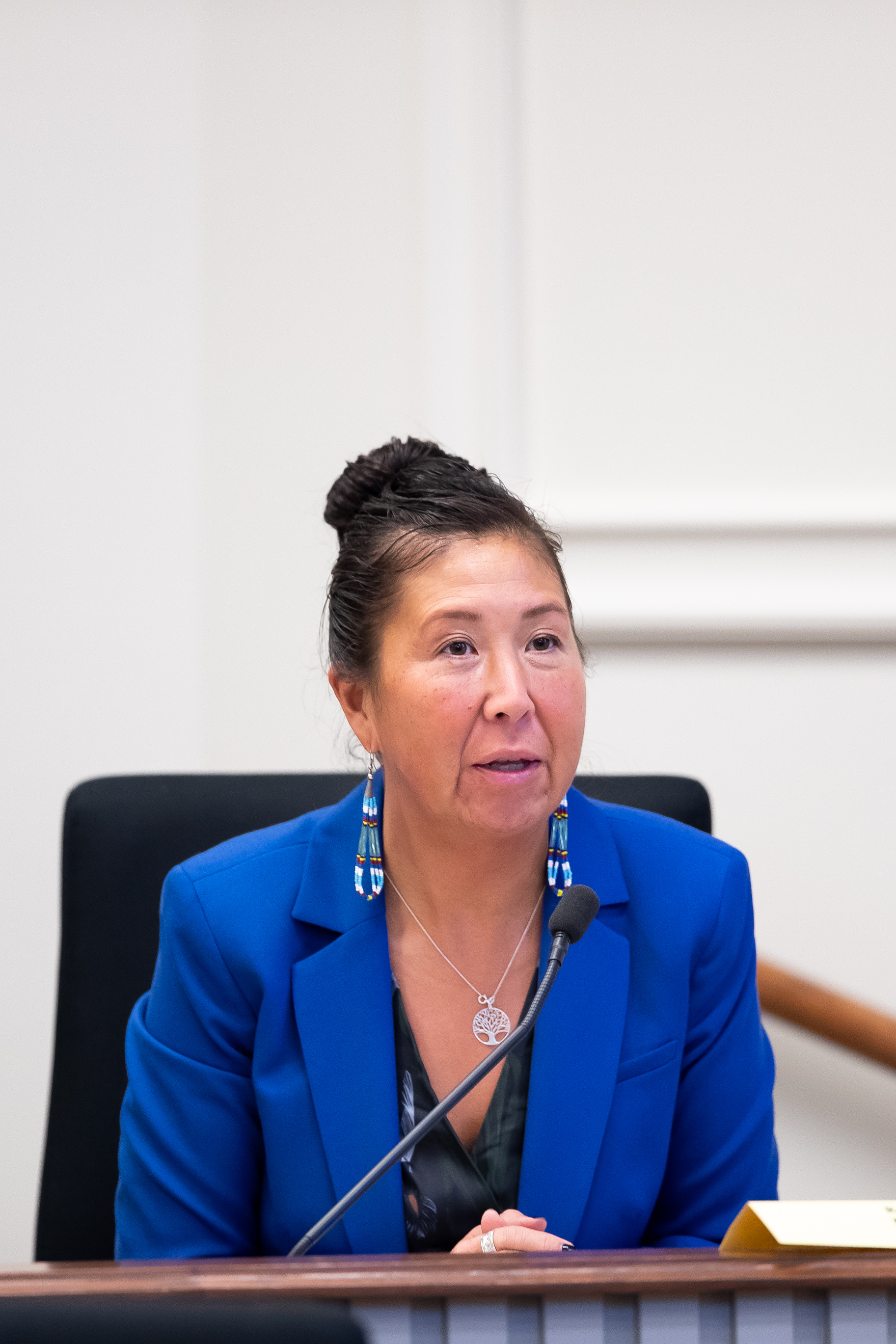 Excited to run to continue as your voice in Olympia!

Representing you in Olympia these past four years has been such an incredible honor. I have loved getting to know each and every one of you, and it is always my goal to listen to each of you as we continue working to create a place our grandchildren’s grandchildren will be proud to call home.

It’s with that in mind that I ask you to stand with my campaign – I would love to include your name on my list of endorsements as I run for re-election this year. If you’d like to endorse my campaign, click here – it will only take a minute!

The 40th LD is an incredible place, and I am proud to have you behind me as I run for re-election to continue as your voice in Olympia.